The glaring truth is sports don’t and should not mix with politics , that’s why many countries in the world avoid mixing the two but some countries can’t help but put the two entities in one either knowingly or inadvertently. Tanzania seems to fall under the latter.  Tanzania was put on the world map by Filbert Bayi and Suleiman Nyambui when they were on top of their game in World athletics.

In 1976 the country made a decision, like 27 other countries not to participate in the Summer Olympics because New Zealand’s rugby team broke an international sports embargo and visited the then Apartheid, South Africa.  These days the Olympics are apolitical, and countries try as much as they can to avoid bringing historical baggage in their decisions making of whether to participate or not.

A good example is the latest boycott announced by Canada early this year on the Tokyo 2020 Olympics because of the Coronavirus pandemic , this decision was reached even before the Tokyo Olympic organizers themselves postponed the games.  The non-participation of athletes in the 4-yearly and most prestigious games of the world, the Olympics, always leaves a sour taste in the mouth of affected sportspeople and this was no less for Tanzanian athletes led by Bayi and Nyambui.

“Politics used to play second fiddle to sports in those days when Tanzania was doing very well in sports in general,” says retired immigration officer and former footballer Binzi Mwakajole, who played for Pamba FC.  Cross-cutting interviews and observations seem to concur that politics interest have taken Centre stage, the sort of politics that does not gel well with sports.

Sports survey in Tanzania, clearly show that there is an overbearing and high predominance of politics involved in decision making on day to day life of Tanzania’s sports; this deep involvement has led to deterioration and subsequent decay of sports as an independent entity in Tanzania.  A good example is the sports fields; going all the way to the pre-independence days, Tanganyika then, was famous for its numerous sports pitches.

Those fields were predominantly used for sports activities and occasional social gathering .  For unknown reason, these fields transformed from being public spaces owned by the government and the municipal /town councils to being owned by the ruling party Chama Cha Mapinduzi. As a consequence, they became quote on quote private properties whose use was administered and regulated by the ruling party and its apparatchiks.

This slowly ensured that what was previously public property was now in the hands and control of a ruling party and thus used purposely for political rallies, its youth group’s para-military training and many other uses as the party saw fit except for sports. This happened when the country was transitioning from a single party into the multi-party system in the early nineties.  Today, virtually all sports and anything related in this field are in the hands of politicians and their appointees, this includes the management of sports stadia.

In any case, sports events are under the mercy of politicians, the events could be cancelled anytime on their whim.  The only time politicians consider sports as important is when supporting sportsmen is politically beneficial to their interest , for example whenever Taifa Stars -national team-has a crucial international assignment, all politicians jump on the band-wagon showing utmost support because it makes them look good.  Many former athletes have also switched sides and crossed over to joining politics. Such include former TFF Secretary-General Fredrick Mwakalebela.

Does the crossover give people hope that there will be some light at the end of the tunnel, given that these sports veterans know the importance of sports being an independent entity getting unbiased support from the politicians? Time will tell.
The politics versus sports debate continues. 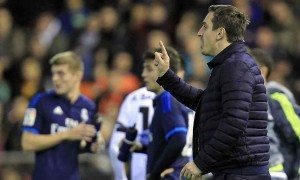