Once again Chelsea were far from convincing. Despite dominating possession they struggled to create clear-cut openings and were ultimately forced to cling on as Everton searched in vain for an equaliser.

Smarting from his decision to rest several key players against Wigan, Grant picked an attack-minded team and returned Joe Cole, Ashley Cole and Shaun Wright-Phillips to the starting line-up.

Ricardo Carvalho, who would be called upon to make several vital tackles, was also reinstated, but there was no place in the squad for Michael Ballack.

Although they enjoyed the better of a disjointed first half, Chelsea failed to muster a single shot on target before Essien’s intervention four minutes before the interval.

The Ghanaian midfielder exchanged passes with Wright-Phillips on the edge of the Everton penalty area before steering a neat shot past Tim Howard to put the visitors ahead.

Essien benefited from a deflection to the return pass, but there could be no denying his was the sole incisive moment in a half punctuated by woeful play in the final third from both sides.

While David Moyes’s Everton side were honest, efficient and hard-working, they could find no way past Carvalho and Terry at the heart of Chelsea’s defence.

Aside from free-kicks in both halves from Manuel Fernandes – the first drawing a diving stop from Petr Cech and the second fizzing past the post – the home side never looked like scoring.

Andrew Johnson and Yakubu survived on scraps in attack, and too often conceded possession when it arrived.

Johnson did manage to get the better of Terry five minutes after the interval, but Carvalho intervened to nullify the threat.

As the game reached its business end, Grant erred on the side of caution and replaced Joe Cole and Wright-Phillips with Claude Makelele and Florent Malouda to ensure Chelsea avioided a repeat of Monday’s injury-time strike from Emile Heskey.

There was less need as Everton had no hammer blow to strike, and Grant’s side comfortably closed out the victory.

Chelsea must now beat Manchester United next Saturday, win the rest of their games and hope the league leaders drop points elsewhere to win the title.

For Everton, the chance to close the gap on fourth place Liverpool slipped by. Moyes’s team are now just four points ahead of Portsmouth in fifth, who have a game in hand. 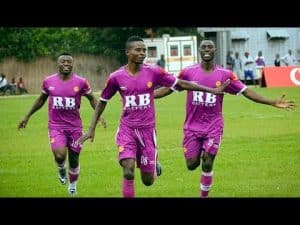