IT irks me a great deal for us Africans to be persons who have talents but who fail to plan things scientifically. Admittedly, if we Africans had, in many aspects, rational thinking proportional to our talents, we would surely be highly advanced in almost all those aspects of human life. Who opposes that fact? Is it not the Africans whose some of its incumbent leaders are voted out by citizens in ballot but they vow not to step down as  rulers? Where in Europe that nonsensical, bizarre and piquing situation is experienced?
Is it not the African ruling class, the petty bourgeoisie, who sell very cheaply African valuables like minerals and other natural resources for personal gain while their people are languishing in total destitution?! Is it not the African leaders who are quite fierce when their civil servants ask for increment of fringe benefits while they (African leaders) are so polite and very cool when  certain citizens reveal to them the stealing and the hiding of alarming big amounts of public money somewhere outside their countries?! 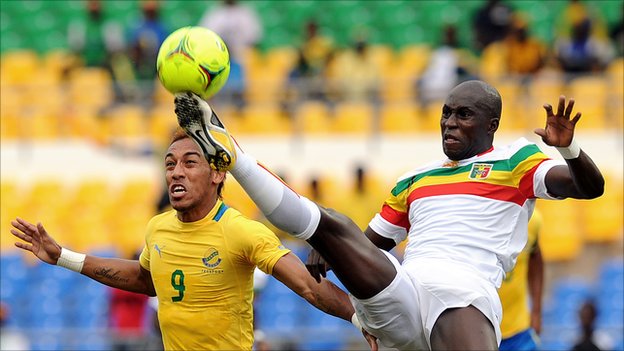 it is within our problem in analyzing things critically, we fail even to plan reasonably our major and the most popular continental soccer competition, the African Cup of Nations (AFCON). I do not know what people of other continents think and say about us. It is quite inexplicable for us to have such a big event only after every two years while the Europeans have similar occasion after every four years like the World event of that sort. Wisdom teaches us that the bigger the event, the longer the period for it to happen. Two years is comparatively a short time for such big event like the AFCON. Let us now think of making it take place after every four odd years to avoid the World Cup and the European Cup of Nations. Interestingly, from the coming competition, we shall start having it in odd years but after every two years.
The two years’ period can be mitigable but it does not cross minds of many of us why that competition takes place from January through February which is a hectic period in many big world premier leagues in Europe involving many African big players of the world! The period is close to the end of the league seasons and every team persevere in collecting as many points as possible to fill the gaps or to establish themselves in top positions without forgetting struggle for escaping relegation.
Obviously, timing of this competition was based on calendar of African soccer club competitions which start late in February and end in November. I have two things to say about this; first, a great percentage, which can be not less than 90%, of players who take part in AFCON, play in Europe whose leagues start in August and end in May. Hence, between June and July those players can play so freely in any  biggest continental international competitions. That is what the Europeans considered in timing their European Cup of Nation.
Secondly, why should Africa cling to the antiquated soccer calendar of January- November instead of changing to August-May which is currently the cosmopolitan one? So, we Africans must change our mindsets in planning our sensitive things. We should change our soccer calendar as I have just proposed. It is justifiable to do that because due to current globalization, everything pertaining to soccer is globally done with a single system like transfer of players, FIFA match calendar, the highest Court of Arbitration for Sport (CAS) and so many others. Why should Africa depart from others in one aspect while it is one of the greatest contributors of big soccer players of the world whose most of their international soccer affairs are done in one global system?
To have AFCON in January and February has so many devastating impacts such as some African players do not like to join their national teams for the benefit of their European clubs which pay them handsomely and also for fear of losing numbers in the first squads if players who hold the positions in their absence will perform wonders! Some join them and under perform either for escaping  serious injuries which will make them not serve their European teams for a long time or for making their national teams lose at earlier stage of the competition so as to join their European clubs earlier. Remember, those players have Written Agreements with their clubs while they do not have any with their national teams.
On the other hand, there is a danger for most European clubs to shy away from having players from Africa in their squads. To some extent, this has been put into practice by some European clubs; Man United formerly had Quintone Fortune from South Africa and later it had Eric Djemba Djemba from Cameroon but now it has none! Arsenal had Nwankwo Kanu (Nigeria), Kolo Toure,Emmanuel Ebue  (Ivory Coast),Lauren Etame Mayer,Alexander Song (Cameroon), and Marouane Chamakh (Morocco) among others. After sending Chamakh to play on loan to West Ham United, Arsenal, which was leading in having aspiration of African players, has remained with no player from this continent! The trend is like that to all European big clubs and the contributory factor for that is the unreasonable timing of the AFCON.
I insist that my proposal should be considered by relevant bodies of CAF. That is:-
If Africa goes that way, we shall solve so many problems connected to our soccer such as our players will play industriously in our AFCON as they will be aware that the competition is the only big soccer event of the world at that time and therefore the competition will be more sensational. Also, they will fight for success of their respective national teams to the last drop of blood as there will be no European league to run to at that time. Most importantly, big European clubs will no longer shy away from African players.
Let Africans now do our things digitally.