It is generally accepted that qualifying for the football World Cup is a remarkably difficult feat for any country on the world stage to achieve. 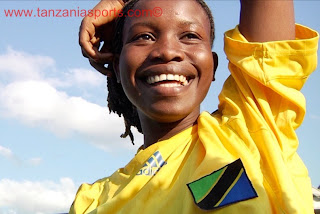 Here in Tanzania, all quarters of the sporting fraternity are well aware of this fact and yet despite the seemingly insurmountable challenge of featuring at a World Cup finals, that does not stop us from dreaming of playing on the most prestigious stage in global football.

Previous attempts though to qualify for the World Cup have miserably ended in failure as we have never even come close to taking part in this unique football spectacular.

Nevertheless, this time around, it can tentatively be argued that things seem rather more encouraging than the past, at least on the basis of what we have seen so far from the Taifa Stars in their qualifying campaign for the 2014 World Cup finals, which will be hosted by Brazil, a proud football nation.

Indeed, although the national team lost the first World Cup qualifier to the mighty Ivory Coast, they still managed to impress even the victorious Elephants (Ivory Coast), who said in the wake of the clash that they had been surprised by the quality of the Taifa Stars.

This compliment, coming from a bona fide heavyweight of African football, was certainly high praise.

Having said this though, the Taifa Stars had not yet bagged their first win of the campaign and with the entire nation watching collectively with bated breath, the national team delivered the goods by defeating Gambia 2-1 at the National Stadium in Dar es Salaam last weekend.

This was no mean accomplishment, considering that Gambia had shared the spoils with Morocco in their opening qualifier to kick-off their campaign.

What remains now is for the Taifa Stars to continue in the same admirable vein, with the singular aim of overcoming all obstacles en route, hopefully to Brazil 2014.