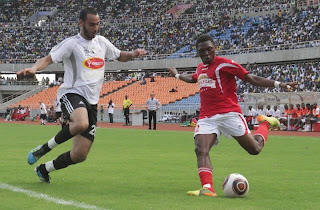 Two quick fire goals in the final 15 minutes overwhelmed visiting Algeria’s Es Setif at the National Stadium in Dar es Salaam yesterday as Simba are ;eft to focus on the return leg tie of the CAF Confederation Cup in a fortnight. 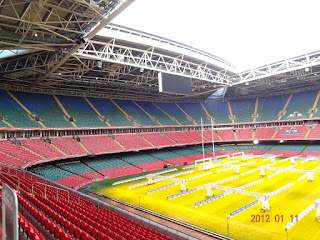 Simba threw overboard numerous scoring opportunities particularly in the first half to keep their fans on uncertainty mood ahead of the second half.

It was Emmanuel Okwi who sent shockwaves into the Setif camp with a stunning opener before a set piece developed into the second goal through Haruna Moshi to paralyse the Algerians.

Simba would have wrapped up the match early on but left it too late until the second half when they released the claws to freeze the visitors.

Es Setif who played a solid defensive game right from the kicks off opened up their defence soon after conceding the first goal.

Defender benmousa made several overlapping efforts to penetrate Simba defence in an effort to find an equalizer that was not to be.

During the recovery efforts Simba marshaled the midfield in the most brilliant way with Mwinyi Kazimoto coordinating well upfront. Confident Haruna Moshi was at his best and at times walking with the ball as if he was in a practice session much to the amazement of the home fans.

Then a Okwi was failed on the left flank outside the box for Simba to win a free kick that eventually resulted into the second goal.

A draw of any nature is enough to send Simba through the next round during the return leg tie to be played in Algeria within two weeks time.

Simba dated the Algerians after breezing past Rwanda’s Kiyovu Sport by 3-2 goals aggregate last month when they won the home leg by 2-1 goals.

The Mainland premiership pace makers remain the only side from Tanzania to feature in the continental leagues after three others of Mafunzo, Yanga and Jamhuri crashed out unceremoniously.

Simba reached the final of the same competition during the 1993 only to lose at home to Cote d’Ivoire’s Stella Abidjan.