The International Olympic Committee (IOC) has dashed hopes of Tanzania’s team to field two swimmers in the next month’s London Games.

IOC has confirmed Magdalene Moshi as the only swimmer who has managed to attain qualifying marks for the Games under solidarity ticket. 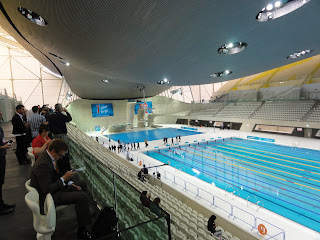 The TSA secretary general said the IOC gave all its member states 75 places for male and as many for female swimmers through Universality (Solidarity) tickets to those who meet the qualification time for the Games.

However, Kiunsi said the IOC through the International Swimming Federation (FINA) executive director Cornel Marculescu has written his association informing them that Ghadiyali will not compete at the Games because he is below the qualification time recorded by other male swimmers.

He showed this reporter a letter written by Marculescu on June 3 saying “due to high number of men’s applications (the quota being 75 swimmers for men) and comparing all the submitted performance with FINA point table, the entry for your male swimmer Ammar could not be accepted.”

Kiunsi said TSA is very shocked with the development considering that Ghadiyali is very young and promising swimmer and also he has invested heavily in preparations for the Games.

He said the young swimmer participated at a Trophy Pikeo in Messina in Italy to prepare for the London Games and he is currently training in Swaziland by international swimming federation qualified and recognized coach Kostantine Danielo.

However, Kiunsi said TSA wrote to IOC and FINA to reconsider Ghadiyali for the Universality place and the two bodies have responded to his association that he might be considered only if one of the 75 male swimmers on solidarity ticket withdraws from the Games.

“It’s a very sad news to us and the entire swimming fraternity because we had all hopes that Ghadiyali will learn new tactics at the London Games but things have fallen apart,” he said.

Kiunsi went on to say that he thinks that the young swimmer will not lose hope and will work extra hard so that he performs well at the September African swimming championship to be staged in Kenya and the World championship scheduled for Turkey later in December.

In related development, Kiunsi said TSA has selected Sheha Mohamed Ali from Zanzibar as the coach who will accompany Moshi to London for the Games.

He declined to disclose when the Australia-based Moshi will come home to prepare for the Games ahead of boarding the Heathrow International Airport-bound flight.

Bayi said he received a letter from the two international bodies informing them on the development, and said as local organizers of the event they have no room to complain.

Besides swimmers the Tanzania contingent would comprise runners and a boxer.