TANZANIA will not stop sending athletes in Olympic Games and all other international competitions just because of the country’s recent dismal performance at the world and continental stage, the National Assembly heard here on Monday.

Instead, the Deputy Minister for information, Youth, Culture and Sports, Amos Makala told the National Assembly that the ministry will continue to strengthen sports at all levels because sports has always played great role in promoting the country. 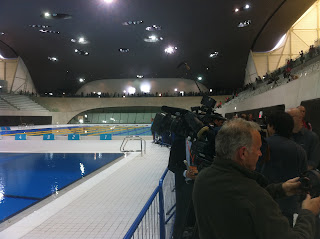 “I don’t see why we should halt sending our teams to compete at big international events…what we need to do, instead, is to invest in youth development programmes,” he said. The deputy minister was responding to a supplementary question by Joseph Mbilinyi (Mbeya Urban-CHADEMA), who suggested that the ministry should re-think and find it wise to stop sending teams in international sporting events because he said, the athletes failures has always promoted the country negatively.

Makala also said that Tanzania was ready to attend the world’s best sports event—2012 Olympics and Paralympics Games, which opens in London, UK, next month. He told the House further that the country will send six athletes, who include four runners, a boxer and one swimmer to the London event. They will be accompanied by two boxing coaches, one athletics coach and one swimming coach.

Makala was responding to queries by Ahmed Juma Ngwali (Ziwani-CCM), who alleged that TOC receives 100,000 US dollars annually (about 150m/) from the International Olympic Committee (IOC), but the funds are not properly accounted for. The legislator also said that Zanzibar is being isolated in IOC matters.

“Zanzibar is fully involved in TOC activities, in-fact the national Olympic body is headed by president Gulam Rashid, who is from Zanzibar and the Assistant Secretary General of TOC is also from Zanzibar,” Makala told the House. Tanzania has only managed two medals in Olympic Games, which were won by Filbert Bayi and Suleiman Nyambui in the Moscow Games in 1980.