Mainland premiership soccer title race has now been narrowed to three teams out of the 14 participating in the league. 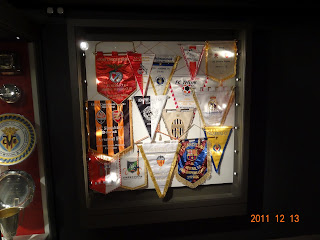 The trio includes Dar es Salaam city archrivals Simba and Yanga. Still in contention for the title is Azam FC who is still putting more pressure on the rivals en route to the title podium.

Pacemakers Simba have opened a three-point gap over second placed Azam in the standings table and are four-point clear off holders Young Africans who have a game in hand.

While both Simba and Azam have five matches remaining in their fixtures while Young Africans (Yanga) have six including a return leg tie against Simba on the league’s final day, May 5.

Second-placed Azam have no influence on either Yanga or Simba in their performance besides wishing then a bad luck to slip up and gain windfall advantage.

Azam are playing four of their remaining matches at their Chamazi base and their title-winning quest banks heavily on how Simba or Yanga perform in their matches though winning is their uppermost priority.

This is a delicate stage for the three teams as any misfiring in the remaining matches would shift the advantage to the other team.

Assuming all the three teams maintain wins in their matches, then a match between holders Young Africans and Simba will be the decider of the premiership title direction.

Fourth-placed Mtibwa Sugar have a ceiling of 52 points should they win all the five matches in hand.

The ceiling is too delicate at this time as the three teams above them would be capable of breaking it within the next two or three matches to push them outside of the title track.

Mtibwa lost a huge advantage when they tumbled to pacemakers Simba during their return leg match over the weekend in Morogoro.

However, the sugar processors have an option of finishing runners-up if the three top placed teams happen to slip up.