LEADERSHIP IS CRUCIAL FOR OUR SPORTS SUCCESS

Early this week President Jakaya Kikwete was  more honest than he has ever been regarding Tanzanian Sports. Speaking at a ceremony to award prizes to ten most successful sports personalities who have done well during the last ten years, the outgoing President blamed local leaders for falling sports standards.

President Kikwete: “I used to love sports very much and I used to feel down whenever we did not perform well. So I said I shall look for coaches who will help promote talent, I employed netball coaches, football, and boxing but despite all this we are not doing well.”

Not mincing his words President Kikwete accused leaders of sports institutions for not doing their jobs well. He further said leaders are more concerned with building their CV’s and showing off rather than doing enough for sports.

Throughout his ten-year-old tenure, President Kikwete has been renowned for his love of sports. He even set up a youth academy at Kidongo Chekundu invested by Symbion Power and Sunderland the famous UK club.

A few years ago, he joked that he had stopped attending Taifa Stars tournaments because each time he went they lost. “They accused me of jinxing the matches so I stopped,” He said. However, even when he did not attend games, Taifa Stars still floundered.

Joking aside, President Kikwete has in word and spirit encouraged our national team. Recently his widely publicised statement was to tell Taifa Stars not to be intimidated by 2014 World Cup finalists, Algeria (The Greens) who they play in World Cup heats on November 14th in Dar es Salaam. The next World Cup fixture shall be in Moscow 2018.

Currently every single sports loving Tanzanian is wondering why we are doing so badly in most sports. The best we have ever done in recent years is when Tanzanian street children won the World Cup in Brazil last year. Otherwise, it has been loss and loss and  loss.

In developed countries, e.g. the UK where we have the famous Premier League, when teams do badly, coaches are sacked. If an individual player is not performing well, he or she is sold. Take difficult but talented players like Luis Suarez (Uruguay) and Mario Balotelli (Italy). Although Suarez was scoring goals for Liverpool, he was sold after the 2014 World Cup finals in Brazil because of his behaviour on the field i.e. biting other players. Now he is doing well with Barcelona alongside Lionel Messi and Neymar da Silva. As for Mario Balotelli, he is considered one of the most talented strikers of this era; however, when he played for Man City and Liverpool he was a  nightmare. Eventually Liverpool loaned the 25 year old to AC Milan where he is reportedly doing well. From this example, we can analyse our own situation.

Who is responsible for our falling standards? Players, coaches or sports leaders? There you go. The retiring boss of the nation, the man who loves sports just put a finger on the sore spot.  Leadership. 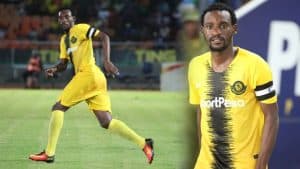 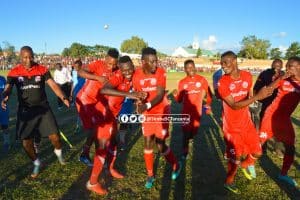