Follow us
Search
Submit Your Article
Subscribe
Menu
Tanzania Swimming Coaches Association (TSCA) said the government was right to ban local swimmers from competing at the on going All Africa Games in Mozambique.
One of the TSCA members John Belela said the Government was right to stop TSA from sending its athletes to the Games as all the team was handpicked and the selection was unfair.
Belela who is also a technical member of TSA and one of the veteran coach once coached the team, said the constitutional of TSA provides that the national team swimmers should be selected at a national tryout. 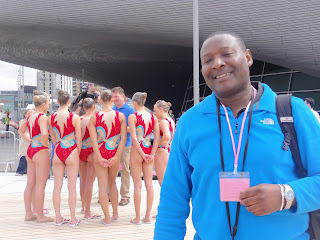 However, he said a group TSA members announced the names of swimmers selected for the Games without following the selection procedures while bypassing to consult TSCA.
Belela said joins other coaches who protested the move to let the national team leave the country with swimmers who were not selected on merit and instead only handpicked. He said all the swimmers “picked” for the games were not competent enough to win medals at the Games.
He also said the idea of picking the swimmers was not good as it would have denied other Tanzanian swimmers the opportunity to represent their country at the Games.
“ Those whom their parent do not have money are not given a chance to represent the country at any international swimming competition, this is unfair and we will continue fighting to see this trend comes to an end so that people are representing the country on merit and the well to do ones ”, he said.
Belela said he suspected that the swimmers were “picked” because of their parents’ financial well to do status. 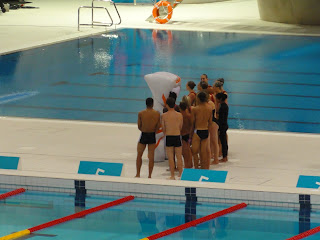 “We wrote to the Ministry for Information, Youth, Sports and Culture, Tanzania Olympic Committee (TOC) and National Sports Council (BMT) protesting that they should not give permission to the team to travel to Mozambique for the Games because they did not follow the right procedures to pick the team”, he said.
He went on to spill the beans that a group of coaches were responsible in July to convince the Government through the National Sports Council to b block permission of national swimming team from competing at the FINA World Championship in Shanghai.
Belela said they did so on the grounds that TSA is allegedly not following its constitution on selection of swimmers for the national team.
He said in the current TSA has some people who are in one way or another allegedly gaining from some parents to influence the national team selection.
He said due to this problem many TSA executive members have resigned from their positions. Belela named those who have resigned as assistant secretary general Ndaluma Majembe, Treasurer Lameck Bolega, Inviorata Itatilo who was the director of Fundraising Committee and Amina Mfaume.
Belela said due to the current situation, the NSC had ordered TSA to call for an emergency meeting to find the way forward, but nothing has been done to date.
TSA Technical Director Marcelino Ngalinoma would not pick his phone when this paper called to have his side of the story; he did also not replied to a short massage (SMS) send to his phone as well.
However, NSC officer Mohamed Kiganja confirmed that his office has directed TSA to convene an emergence meeting since August to resolve the crisis.
SOURCE: THE GUARDIAN