David Silva restored Manchester City’s two-point lead in the Premier League with a 1-0 win over Arsenal on Sunday after Wayne Rooney had helped Manchester United go top with a lightning header. 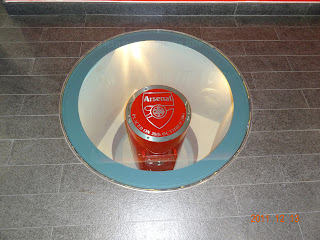 Silva’s 53rd-minute tap-in at the far post from close range, after Wojciech Szczesny parried a fierce shot by Mario Balotelli and Sergio Aguero nodded on the rebound, condemned the Gunners to a 1-0 defeat in an end-to-end thriller at the Etihad.
While Arsenal proved tough nuts to crack in freezing Manchester, where the Londoners posed a constant threat, United were 1-0 up after just 52 seconds at promoted Queens Park Rangers thanks to Rooney’s diving effort.
Michael Carrick followed up his England teammate’s 12th league goal of the season with his first in nearly two years for United to settle the scoreline at 2-0.
City have 41 points from 16 matches, with United on 39.
Tottenham Hotspur kept up the pressure, beating Sunderland 1-0 at White Hart Lane to take third place on 34 points with a game in hand on the leaders. Roman Pavlyuchenko grabbed the winner in the 61st.
Chelsea, who drew 1-1 at relegation-threatened Wigan Athletic on Saturday, fell to fourth on 32 points with Arsenal fifth on 29 and ahead of Liverpool, 2-0 winners at Aston Villa, on goal difference.