Chelsea reached the Champions League final for the first time with a dramatic 3-2 victory over Liverpool after extra-time at Stamford Bridge.

Fernando Torres cancelled out Didier Drogba‘s first-half goal but a Frank Lampard penalty restored the home side’s advantage before the Ivorian’s second seemed to have settled the tie.

Ryan Babel‘s 30-yard shot slipped through Petr Cech‘s fingertips with three minutes remaining to set up a dramatic finale but Avram Grant’s men held on and they will face Manchester United in the Luzhniki Stadium in Moscow on May 21 after a 4-3 aggregate success.

Extra time were incident packed with Sami Hyypia, a first-half replacement for the injured Martin Skrtel, giving away a foul on Michael Ballack for the penalty moments after Michael Essien had a goal controversially ruled out for offside.

Ballack, who scored from the spot against Manchester United at the weekend, stepped aside for Lampard to calmly slot home on his return to the side following the death of his mother.

Drogba then notched his second as he got ahead of Jamie Carragher at the near post to fire home substitute Nicolas Anelka‘s cross.

Rafael Benitez then made the shock decision to replace Torres with Babel but Liverpool were denied a penalty when Drogba upended Hyypia in the penalty area.

Cech’s blunder set up a thrilling conclusion but Chelsea, after losing to Liverpool in the Champions League semi-finals in 2005 and 2007, held on to gain a measure of revenge.

There was also a touch of controversy about his opening goal with Lampard sliding in Salomon Kalou down the left channel with the Ivorian marginally offside.

The former Feynoord striker cut inside Hyypia on the wet surface and although his curling shot was pushed away by Jose Reina, Drogba swept in the rebound from a tight angle, beating the Spanish custodian at the near post.

After Rafael Benitez’s claims in the build-up to the match that Drogba was a diver, the Chelsea man provocatively celebrated by running down the touchline and sliding on his knees in front of the Liverpool bench.

But that shouldn’t detract from a superb all-round performance by the big striker.

He forced Reina into the first save of the match when his 25-yard shot skid along on the slick surface before being pushed around the post.

And he missed a great chance to open the deadlock even earlier when Lampard fed him down the left channel only for Drogba to scuff his shot past the far post. 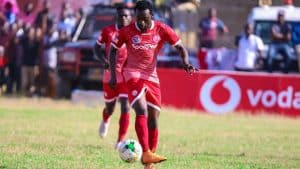 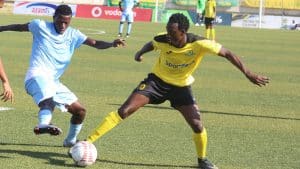 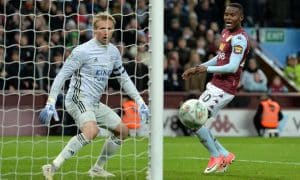 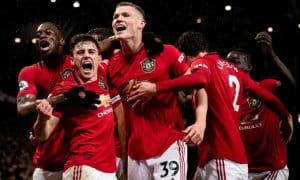