Arsenal enjoyed the rub of the green as they established a commanding Champions League play-off lead against Celtic.

A Cesc Fabregas free-kick on the stroke of half-time flew into the net off the back of William Gallas as the defender crouched to avoid the ball.

And midway through the second half Celtic skipper Gary Caldwell diverted a Gael Clichy cross into his own net.

The manner of the goals were harsh on the hosts, who faded after an energetic first half and posed little threat.

Celtic worked hard to contain Arsene Wenger’s side but it was a largely comfortable evening for the Gunners back four.

And the win ensures they become the first English side in nearly 26 years to beat Celtic on their own ground. The last team to do so was Brian Clough’s Nottingham Forest.

Arsenal, unchanged from the side that demolished Everton at the weekend, failed to find any passing rhythm early on as Celtic, starting with five across midfield, chased down every cause.

But once the visitors had gone in front the result seldom looked in doubt and Celtic’s challenge rather fizzled out.

After a scrappy opening, Andrey Arshavin popped the ball into the net following a rare flowing move on 11 minutes but the Russian forward had strayed offside.

A promising Celtic break was thwarted by Thomas Vermaelen, with the new Gunners defender showing great pace and awareness to get back and force Scott Brown to skew wide after Aiden McGeady had picked out his team-mate rushing into the penalty area.

Robin van Persie was inches away from gathering a lofted pass over the top from Arsenal skipper Fabregas and the scurrying Arshavin had the sting taken out of his shot by defender Glenn Loovens, allowing Artur Boruc to make a simple save.

Celtic continued to press and a drilled effort from Brown was smothered by Manuel Almunia as it skidded through the legs of lone striker Georgios Samaras, who was blocking the Arsenal keeper’s field of vision.

Just as a whirlwind first half looked destined to end goalless, the visitors took the lead thanks to a large slice of fortune.

Fabregas rifled in a free-kick from 25 yards and the ball deflected off the back of Gallas and spun into the bottom corner of the net, with Boruc wrong-footed.

With Celtic jittery in defence, Arsenal made a strong start to the second half and Denilson curled a shot narrowly wide before the visitors enjoyed another lucky break.

Shaun Maloney’s free-kick into the penalty area was diverted on to the arm of Nicklas Bendtner but referee Massimo Busacca waved play on, much to the anguish of the vociferous home support.

Celtic introduced strikers Scott McDonald and Marc-Antoine Fortune for the final half hour and an important sliding block from Gallas prevented the substitutes from combining in front of goal.

With 20 minutes remaining, Arsenal stretched their lead and again it was unfortunate on the home side as Caldwell’s outstretched leg diverted a low Clichy cross beyond Boruc.

It may have been an ugly finish but the sweet passing move involving substitute Abou Diaby and the galloping French full-back put the Celtic captain under pressure, with Bendtner waiting to pounce.

Boruc later made an unorthodox block to keep out a venomous strike from Fabregas as Arsenal found more room to exploit and played out the closing stages comfortably.

Posted under:  All Articles, Arsenal, Football, Ligi kuu ya England 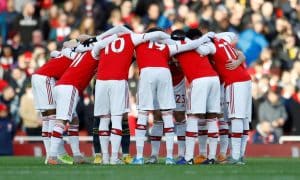 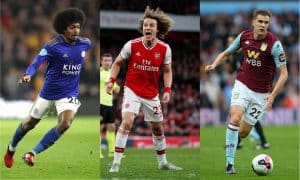 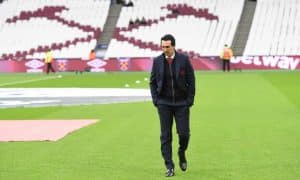 The glaring truth is sports don’t and should not mix with politics , that’s why many countries in the world avoid mixing the two but some countries can’t help but put the two entities in one either knowingly…