Athletes and sports officials are expected to abide by all rules and regulations governing their spheres of influence, so to speak.

Adherence to the rules means moving a step ahead in enhancing performance as one marches towards excellence, much in the same way as engaging in scientific training makes one better. 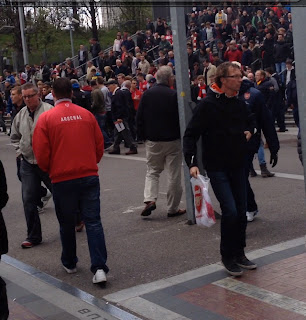 It came as a shock to the country’s soccer fraternity seeing a club of such a high reputation and rich experience stripped of points for behaving so recklessly.

The infringement has cost the club a fortune, including effectively denying it the chance of retaining the prestigious Mainland premiership league title.

aybe this is just the tip of an iceberg within clubs many people believe have long past the stage where they can commit offences of this nature.

Yanga has paid a heavy price for a technical oversight that has thrown its members, fans and well-wishers into bewilderment, anger and dismay.

Lack of technical know-how and interference by club officials in the running of activities that are ordinarily part of the brief of the coach appear to be gaining tempo in most of our soccer clubs.

Yanga’s Serbian coach Kostadin Papic might have known the impact of fielding the suspended defender, but he just could not contain pressure from his superiors that he ensured the player actually played regardless of the consequences.

Signs that the respective player would feature for the club in the match against Coastal Union, which Yanga won, could be seen right from the pre-match meeting.

Yanga officials were adamant, perhaps wrongly believing that their reputation and perceived supremacy were enough to make the authorities skip laid down rules and regulations and rule in their favour.

Considering what has befallen Yanga, the Tanzania Football Federation and other sports bodies should feel compelled to keep reminding clubs, players and officials about the need to adhere to rules and regulations.

For their part, officials and players must keep updating themselves on the respective rules and regulations at least to steer clear of consequences such as the mess Yanga has found itself in – that of infringement leading to fines, suspensions, loss of points and more.

Points should be won on the field and not by default if we are to ensure our soccer remains exciting and competitive, but then improper conduct must draw appropriate measures.

Yanga’s three-point loss will likely have demoralised players, and hence the team’s losing streak in two subsequent encounters – which has all but cost them the championship.

But the problems are not restricted to Yanga or the Mainland premiership, so all other clubs and sports associations such as the Tanzania Olympic Committee, Athletics Tanzania must take heed, lest they too needlessly lose out.

This is especially relevant now, with the London Olympics beckoning. No matter how fabulous or experienced an athlete is, discipline and observance of rules must come first.